Following on from the success of previous showcases of some of the best BA photography graduates, Crane Kalman Brighton is pleased to return with Cream 2017, an exhibition featuring a new selection of the most interesting and diverse photographic talents to emerge from 2016. The exhibition includes graduates from the most prestigious universities and colleges the length and breadth of the country from Westminster to Belfast; London to Cornwall. Cream 2017: A Showcase of Graduate Photography Talent runs from 10th November – 6th January2018. 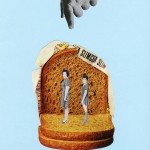 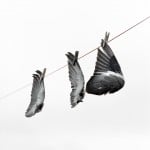 Jessica Ashley-Stokes, Untitled from the series “Miles Away” 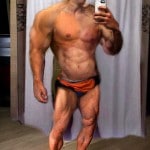 Gaizka Saracibar, The Unbearable Lightness of Being a Man 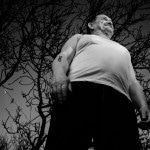 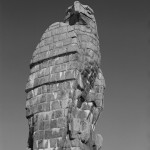 Thomas is exploring his relationship to the sky in his series: ‘Ground Control’. Through the analogue recording and printing processes he has set out to record something other than the visible; something absorbed into the analogue medium from being present at the time. www.thomas-wynne.com

Egypt welcomed an estimated 15 million foreign visitors in 2010, but by 2016 that number has dropped to 5.4 million. ‘All that glitters is not Dahab’ deals with the effects of Egypt’s Arab Spring on its tourism industry. www.waheedkhanphotography.com

Ocean places herself within the pages of a pile of 1980’s ‘Slimming’ magazines. By picking apart and reassembling the adverts and images, she hopes to illuminate the contemporary issues around the definitions of ‘success’. www.oceanfarini.com

In ‘Mask is not a Mountain’, Cameron is building on the relationship between the idyllic landscape and human made, masculine structures, playing with the established tension of the male figure in the inherited landscape tradition. www.cameronwilliamson.com

Rebeca’s photograms are exploring the themes of the Anthropocene, a geological time period that we have recently entered where our Earth’s ecosystems are being altered by human activity. www.rebecagutierrez.net

‘Make me a Channel’ is a series of work propelled by our pursuit to achieving wholeness. The materials and objects that are used throughout the project not only aid in the blurring between reality and fiction, but become parallel to the reconstructed experience and exploration too. www.lauren.jackson.gogowebspace.com

In ‘Lineage’ Hollie collaborates with her relatives delicately probing the human condition; mortality and preparing for loss. www.hollieblanchard.com

In Hungary, uranium mining began in the 1950s to contribute to the Soviet Union’s ambition of becoming a nuclear superpower. Zsofi’s project explores the boundaries of perception and attempts to capture things outside our visible spectrum; dangers not known, events unreported, people forgotten. www.zsofibohm.foliodrop.com

In ‘Fleeting’ Rebecca deals with the fragile notion of time. Through the use of the Wet Plate Collodion process, she solidifies the once fleeting moment into the form of a physical object. www.rebeccashears.com

Daisy’s project deals with relationships from a number of angles and gives us insight into the life of young couples. How can we deal with loneliness and with its opposite, being around someone all the time? What does a break up take away from us, apart from someone’s presence? www.daisyashfield.com

Documented over a period of time, Jessica delicately observed a singular child, Alice. Absent from the technological chaos of modern life, her rural childhood embraces contemplation, discovery and challenge and the work explores the relationship between Alice’s imagination and the home life that surrounds her. www.jessicaashleystokes.com

This project depicts the interplay between indigenous South African Ancestral belief and Christianity. Being both British and South African, Giya represents a dual perspective and highlights the symbiotic relationship between cultural elements and the resilience of pre-colonial customs in a modern guise. www.cargocollective.com/giyamakondo-wills

Perplexity proposes to tackle the questions that surround mental health, normalising its impulses to the viewer through the use of recognisable movements and objects. This physicality attempts to represent the intuitive gestures and sensory responses that occur as a result of an anxiety disorder. www.mollieclothier.format.com

Body of Ours is an exploration of pain, pride and the idea of self. Documenting himself performing alongside a sculpture resembling a physical manifestation of the artist, Ollie Hayward has set out to examine how each of us interacts with the often complex views we have of ourselves.  www.olliehayward.com

Cream 2017: A Showcase of Graduate Photography Talent runs from the 10th November 2017 to 6th January 2018 at the Brighton Centre for Photography, University of Brighton, 154-155 Edward Street, Brighton, BN2 0JG

To see more images from the exhibition, please click here