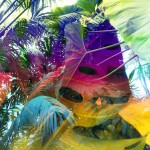 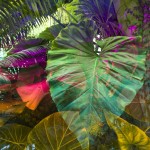 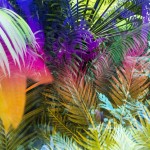 Karine Laval has continued her exploration of shape, colour and form with new works in her on-going series ‘Heterotopia’. In these new images, Laval’s evolving exploration of distorted realities and altered perceptions result in seductive manipulations of light and colour, created by combining analogue techniques and digital technologies.

Laval’s images often challenge the familiar perception we have of the world, and can be seen as a bridge between the world we live in and a more surreal and dreamlike dimension. Laval’s distinctive use and deliberate manipulation of colour, as well as the introduction of chance in some instances, contribute to further question the relationship between representation and reality, with some of these works moving towards abstraction and the dissolution of the image entirely.

Karine’s work has recently been exhibited at the Benrubi Gallery, New York, at the Robert Koch Gallery in San Francisco, Paris Photo in November 2017 and most recently with the gallery at Photo London at Somerset House. Her new work was selected as one of The Guardian Newspaper’s Picks of the Fair and was also highlighted by Gold Spot Magazine and in The British Journal of Photography’s Guide to Collecting produced in conjunction with Photo London. To see more of Karine’s work, click here