Morgan Silk – Jack In The Green 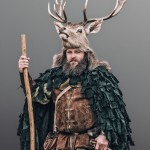 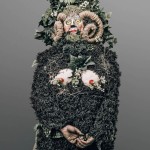 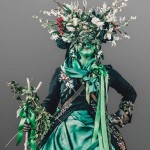 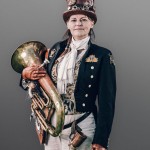 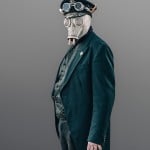 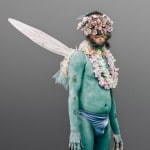 Morgan Silk has been involved in creating photographic images since the mid-1980s after graduating from Blackpool and the Fylde College. He began his career as a creative re-toucher working alongside photographers for advertising clients, and then began to experiment with his own photography, predominantly colour landscapes, his skills as a re-toucher continuing to be employed to give an unusual and personal touch to the finished work.

His latest personal body of work is this series of portraits captured at the Jack in the Green Festival in Hastings.This revived May Day tradition with ancient pagan roots sees hundreds of colourful participants come together to welcome in the changing of the season while celebrating fertility and the flourishing of nature. The series is part of a long-term portrait project centred on British Traditions & Folklore.

Morgan’s work has appeared in many publications and won numerous awards. His highly acclaimed project Zoo won him an Association of Photographers Gold Award and an Honourable Mention at the International Photo Awards (2009). His portrait of Jake Tassell from the series ‘After The Riots’ was selected as one of the six chosen limited edition