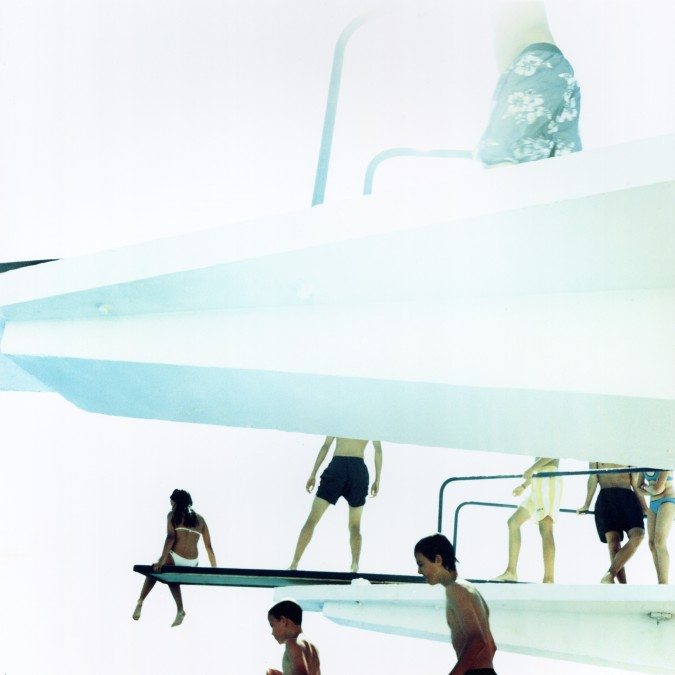 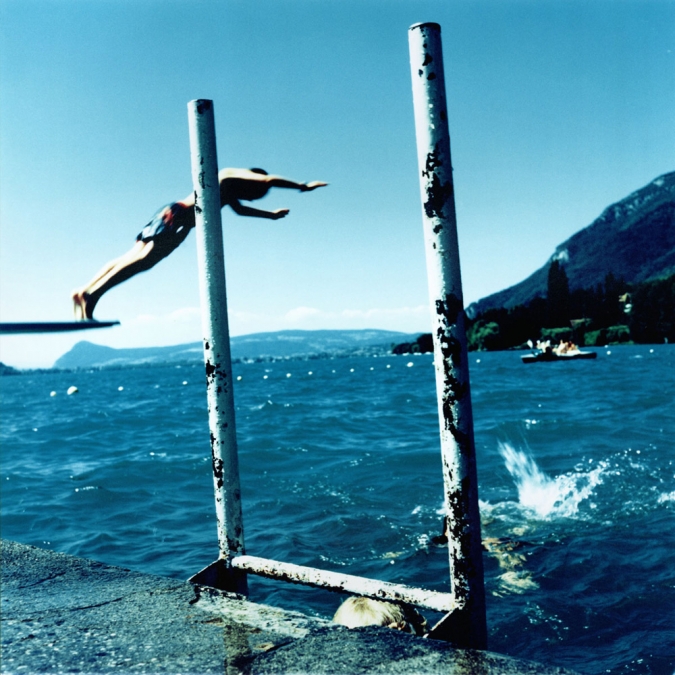 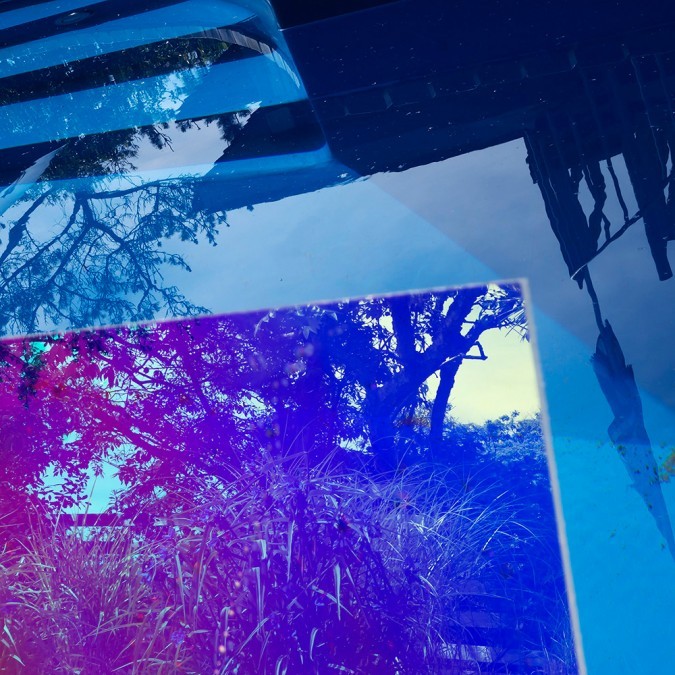 Karine Laval: Reflections is a new exhibition celebrating 15 years of work by the contemporary French photographer, Karine Laval. The exhibition, organised to coincide with the publication of a major new book on her work by Steidl, charts the evolution of Laval’s images from sun-drenched, bleached-out European lidos to darker, more abstracted dystopian landscapes.

The exhibition will bring together two connected bodies of work – ‘The Pool’ (2002-2005) and ‘Poolscapes’ (2009-2012) – focused on the motif of the swimming pool and realised over ten years. Presenting public pools in urban and natural environments throughout Europe and private pools in the US, the work shows an evolution in tone and depth, from the real to the imagined, from the photographic to the painterly.

‘The Pool’ series invites the viewer into a sun-bleached public pool, evocative of childhood memories and the universal experience of holidays and water. The geometric lines and familiar architectural structures give way to the abstract, often blurred shapes and colours of the ‘Poolscapes’ pictures that oscillate between representation and abstraction. Here the pool becomes a metaphor, a mirror whose surface reflects the surrounding world but is also a gateway into a submerged realm where bathers are distorted and fragmented, revealing the unconscious and darker connotations of the pool.

Alongside these earlier works, the exhibition will present Laval’s most recent series, ‘Heterotopia’ which continue Laval’s evolving exploration of distorted realities and altered perceptions, resulting in seductive manipulations of light and colour. The images from ‘Heterotopia’ are densely layered photographs of gardens and other manicured “natural” environments, created by combining analogue techniques and digital technologies. Placing sheets of glass and mirrors in the composition, and employing skewed perspectives and extreme crops, the images in ‘Heterotopia’ take on the appearance of unsettling movie stills or extra-terrestrial landscapes, suffused with the luminescence of stained-glass windows. Laval’s images often challenge familiar perceptions of environment, a bridge between the world we live in and a more surreal and dreamlike dimension.

Her work has also been widely exhibited in solo exhibitions including those at Palais de Tokyo, Paris; Lodz Festival, Poland; Rhubarb-Rhubarb, Birmingham; and Les Rencontres d’Arles, France, and in major group exhibitions at the Centre Culturel Calouste Gulbenkian, Paris; Maison Particuliére in Brussels and Newspace Center for Photography in Portland, Oregon amongst others. Her work has been acquired by Citibank Collection (New York), the Henry Buhl Collection (New York), Collection Corbiere (Paris) and the Contemporanea Collection (Rio de Janeiro).

We use cookies to ensure that we give you the best experience on our website. If you continue to use this site we will assume that you are happy with this.OKRead more