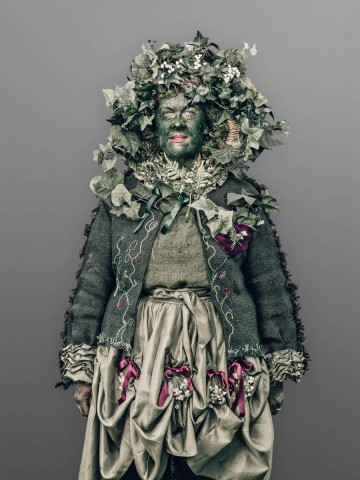 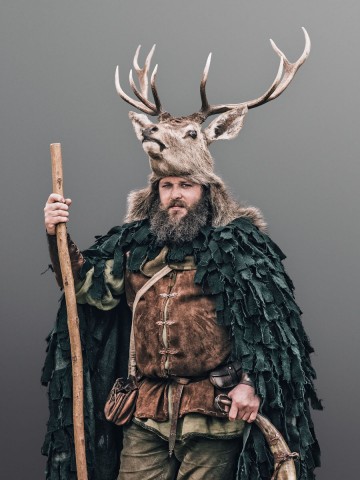 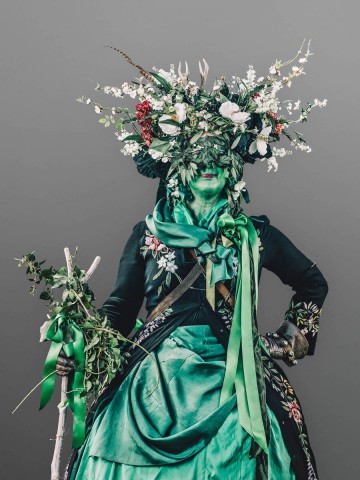 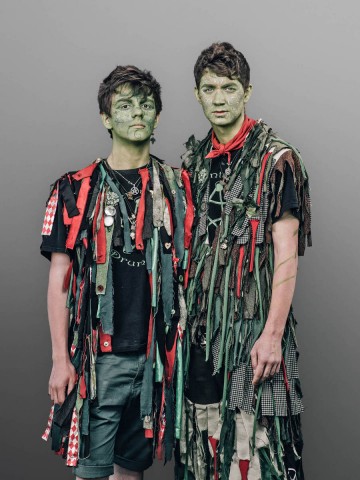 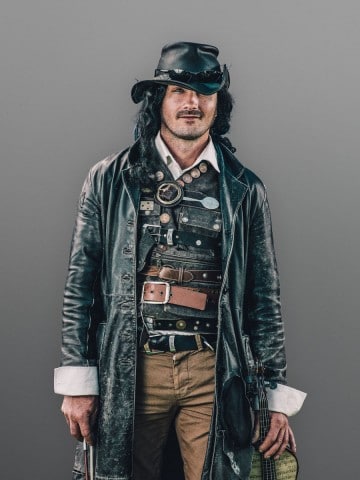 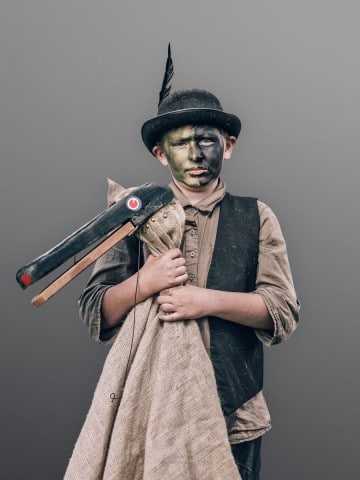 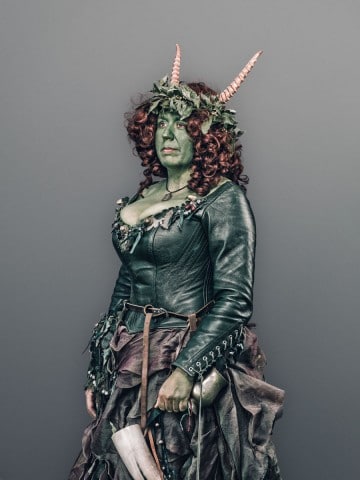 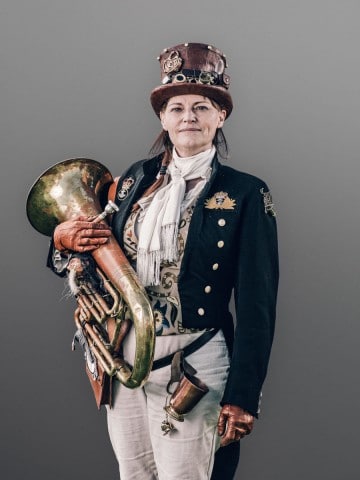 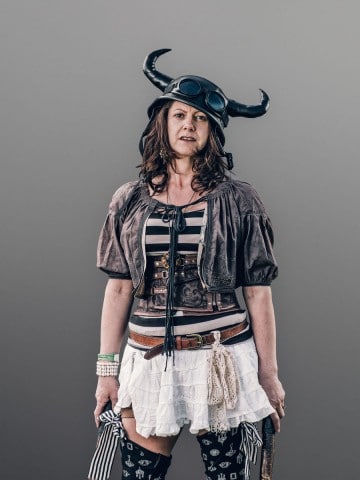 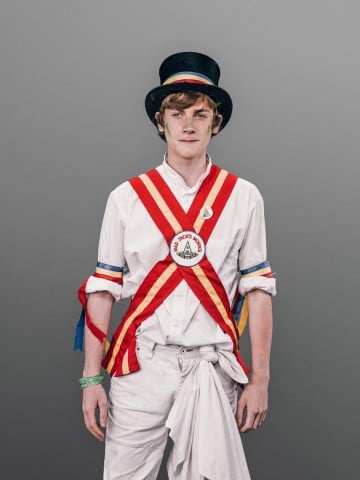 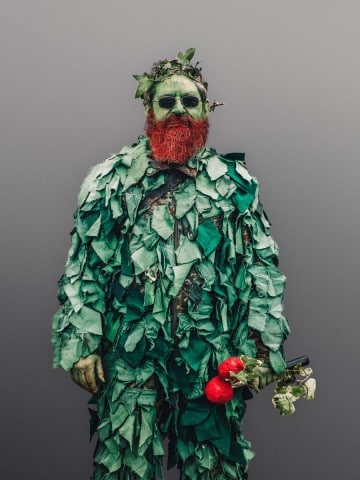 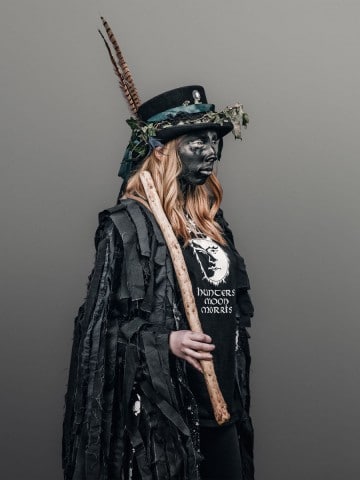 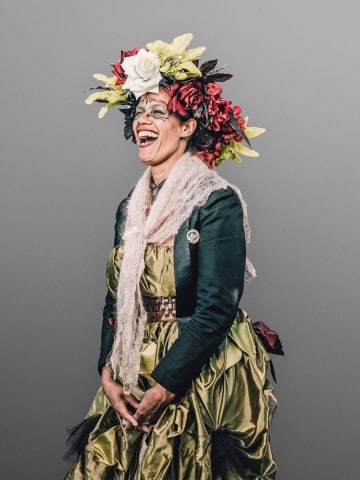 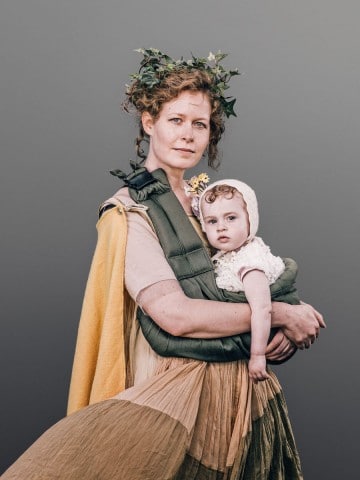 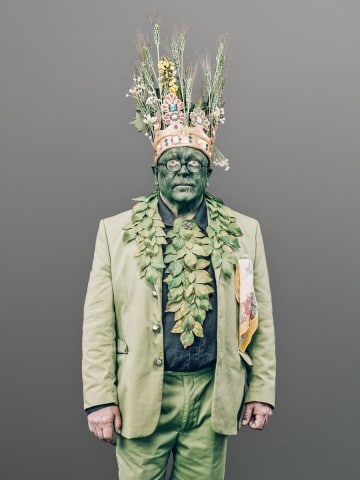 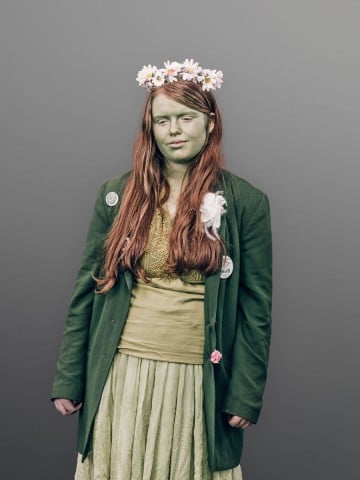 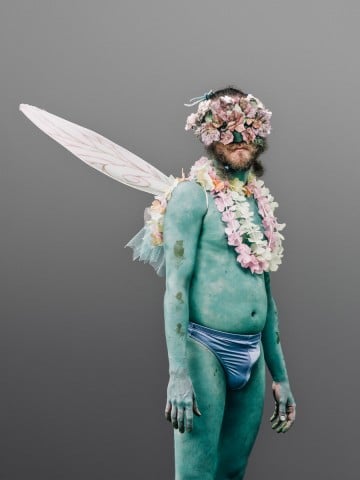 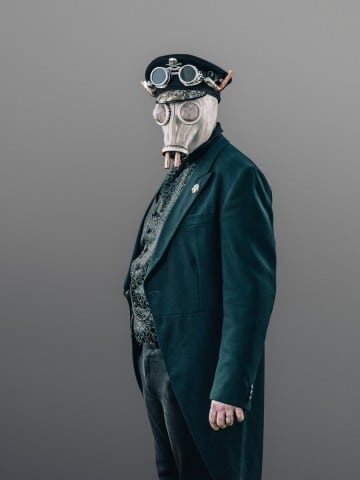 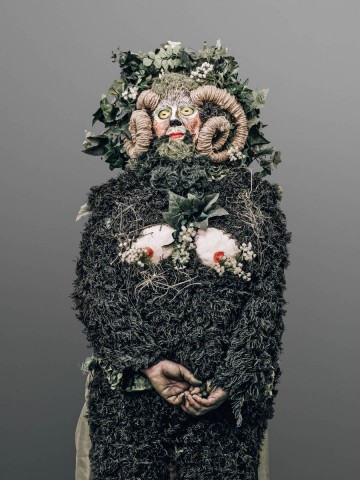 "English photographer Morgan Silk captures the quirky world of myth and earth in his series Jack in the Green."

Enquire about this exhibition

Morgan Silk has been involved in creating photographic images since the mid-1980s after graduating from Blackpool and the Fylde College. He began his career as a creative re-toucher working alongside photographers for advertising clients, and then began to experiment with his own photography, predominantly colour landscapes, his skills as a re-toucher continuing to be employed to give an unusual and personal touch to the finished work.

His latest personal body of work is this series of portraits captured at the Jack in the Green Festival in Hastings.
This revived May Day tradition with ancient pagan roots sees hundreds of colourful participants come together to welcome in the changing of the season while celebrating fertility and the flourishing of nature. The series is part of a long-term portrait project centred on British Traditions & Folklore.

“The May Day festivities found across Britain today are said to possibly stem from various Pagan fertility rites passed down through the ages, originally conceived to celebrate the changing of the seasons from Spring to Summer, the lengthening of days and the flourishing of nature.

The Hastings Jack in the Green festival was revived by the local Mad Jacks Morris Dancers in the early 80’s and is now one of the largest annual gatherings of Morris dancers in the country.

The ‘Jack’ is a colourful figure, almost 3 m tall, covered in greenery and flowers. He is accompanied by attendants known as Bogies, who are completely disguised in green ‘tatters’, vegetation, and green face paint. The huge crowd of attendants play music, dance and sing as they guide Jack through the streets of the town in a long procession of hundreds of participants.

As part of a wider project exploring British folklore, Morgan photographed over a hundred colourful characters in attendance in a pop-up outdoor studio on the West Hill where the procession ends and the Jack is ‘slain’ to release the spirit of Summer.”

Morgan’s work has appeared in many publications and won numerous awards. His highly acclaimed project Zoo won him an Association of Photographers Gold Award and an Honourable Mention at the International Photo Awards (2009). His portrait of Jake Tassell from the series ‘After The Riots’ was selected as one of the six chosen limited edition covers of 2009’s Creative Review Photography Annual, and one of his images, Eucalyptus, from the Tasmania series was featured in the 2012 AOP Awards. To see more of Morgan’s work, click here.